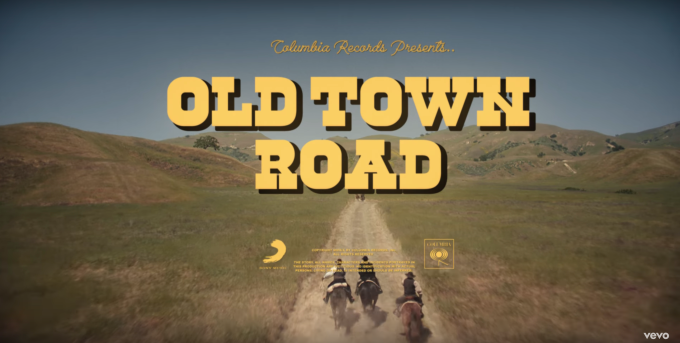 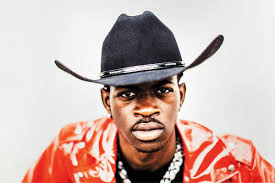 Montero Lamar Hill (born April 9, 1999), better known as Lil Nas X, is an American rapper, singer, and songwriter from Atlanta, Georgia. He is best known for his country rap breakout single “Old Town Road”, which achieved viral popularity as part of the “Yeehaw Challenge” on the video sharing app TikTok. “Old Town Road” peaked at number one on the Billboard Hot 100 and was controversially removed from the Hot Country Songs after debuting at number 19.

Montero Lamar Hill was born in Atlanta, Georgia. His parents divorced when he was six, and he settled in the Bankhead Courts housing project with his mother and grandmother. Three years later, he moved in with his father north of the city in Austell, a suburb in Cobb County. Although initially reluctant to leave, he later regarded it as an important decision: “There’s so much shit going on in Atlanta — if I would have stayed there, I would have fallen in with the wrong crowd,” he remarked. He began playing trumpet in the fourth grade and was first chair by his junior high years, but he quit the instrument out of fear he would look uncool. Hill attended Lithia Springs High School and graduated in 2017.He studied for one year at the University of West Georgia, before dropping out. During this time, he lived on his sister’s couch and supported himself with jobs at Zaxby’s and Six Flags.

Hill, by his own admission, began to isolate himself from “outside-of-class activities” during his teenage years. He spent large amounts of time online, and wanted to build a following as an internet personality to promote his own work. Creatively, he was unsure of what to focus on. He posted short-format comedy videos on Facebook and Vine, and also created a Nicki Minaj fan account on Twitter: “NasMaraj”, named after Nicki Minaj’s actual surname of “Maraj” as well as New York rapper Nas. In 2015, he became known for his viral tweets and other fanpage, “FactsAboutNM”. In 2017, his “NasMaraj” account gained attention for its interactive “scenario threads”. These flash fiction-style threads were popularized on Twitter using the social media dashboard application, TweetDeck. Following reports and stories by media publications linking Hill to the “NasMaraj” account, he has however, for unknown reasons, denied that he ran the “NasMaraj” account.

In 2018, Hill decided to experiment with making music for the first time. He had long been a fan of Kid Cudi, Drake, and Kendrick Lamar, but he had never imagined he would pursue music as a career. His first publicly-released song, “Shame”, was posted to SoundCloud. He continued to post songs, promoting them through his Twitter account, to middling success.On December 3, 2018, he released the country rap song “Old Town Road”. The song went viral in early 2019 due to the “Yeehaw Challenge” meme on the social media app TikTok. “Old Town Road” debuted at number 83 on the Billboard Hot 100, later climbing to number one. It also debuted on the Hot Country Songs chart at number 19 and Hot R&B/Hip-Hop Songs at 36. Billboard controversially removed the song from the Hot Country songs chart in March 2019. Speaking about their decision in Rolling Stone magazine, Billboard said:

Another Billboard spokesperson told Genius, “Billboard‘s decision to take the song off of the country chart had absolutely nothing to do with the race of the artist.”

Country music star Billy Ray Cyrus has since supported Lil Nas X’s “Old Town Road” in a tweet, and he is a featured vocalist in a remix of the song released in early April 2019.

Lil Nas X: Inside the Rise of a Hip-Hop Cowboy